It is funny how in today’s world of ‘Rahu’ Kaal (The immortal North Node) we consider that a hero who can show much physical strength and power, often shown in movies with special physical powers as that of Spiderman, Ironman and so on. And even though there is emphasis on the internal strength and concentrated energies to activate and sustain those super powers, yet there is just a heavy bodily element there.

The Super Star I am talking about today is nothing like that. He possessed no particular bodily powers and in fact, did not need any. Dated back to 599 B.C. he was and continues to remain one of the most inspiring figures in Indian History. Originally known as ‘Vardhaman’ (birth name), he gained the title of * MAHAVIR (Maha = Super or Great, Vir = Courageous). Thousands of Jain followers bow to Mahavir Bhagwan (Bhagwan = God) on this special day of his Birth (Mahavir Jayanti; Jayanti = Birthday). As per the English calender it fell on April 1, 2018. 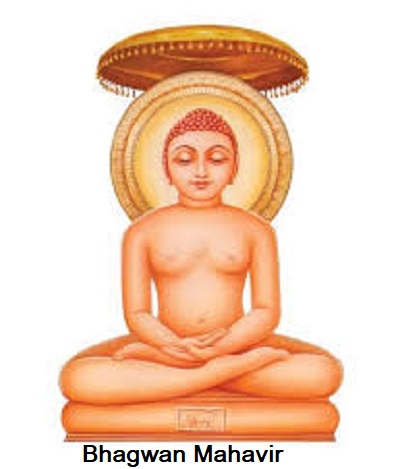 For those who are new to JAINISM- It has been comparatively a small but extremely powerful SECT within the Indian cultural setting. Jains are followers of Jainism – a religion that focuses heavily on liberation of the soul by means of conquering the 5 senses and living a life of renunciation and unconditional love. Lord Mahavir was the 24th, last of the Tirthankars (Guide, Spiritual Teacher) of Jainism in this Era of the Earth’s cycle.

I have been lucky to be born in a highly religious Jain family, a family which owned a Jain Temple in India which was open to public. Not only did we pray diligently, we did several group satsangs (spiritual meetings) and attended religious teachings where we were taught and guided by inspiring stories of Lord Mahavir and other previous Jain Lords.

So What makes Lord Mahavir a Super Hero after all?

Mahavir Bhagwan was born in the city of Vaishali (current day Bihar) in a wealthy, kingly family of King Siddharth and Queen Trishala. The birth of a great man was expected by the 14 auspicious dream symbols his pregnant mom received in her sleep. 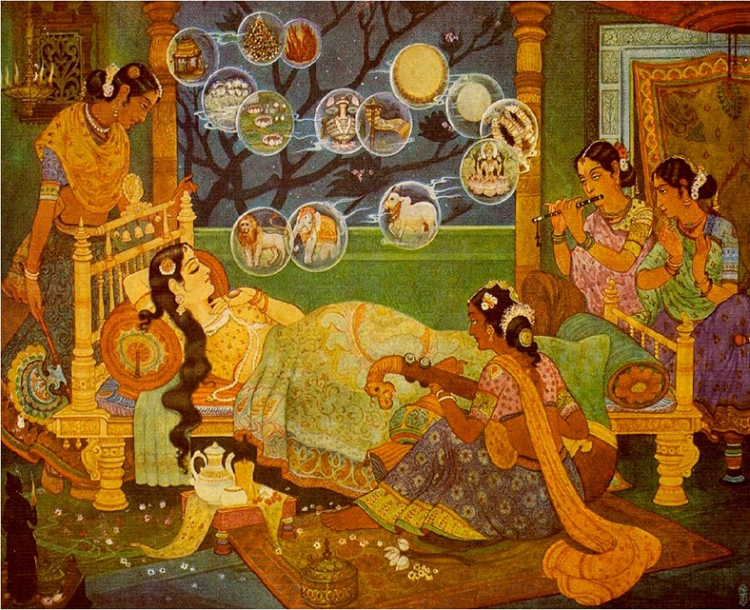 Despite having several wordly pleasures and services at his command, he exhibited a kind, virtuous nature and deep respect of his parents since childhood. As per his parents’ wishes he married beautiful Yashoda at a young age and had a daughter with her. Vardhaman had immense love from family, good health and unimaginable prosperity and yet he continued to feel disconnected, detached from all those worldly pleasures. He donated tons and tons of gold and charity with ease to several of his people. 2 years after his parents’ demise, he renounced all his worldly pleasures, prosperity, personal bonds and became a homeless ascetic in the search for TRUTH and ENLIGHTENMENT.

For 12.5 years after that he spent his life in a single piece of cloth (to give up sensual pleasure, Jainism taught giving up all that belonged to one’s senses and using the bear minimum needed for survival), with no other bodily belongings (no shoes, no jewelry, no possessions or belongings) and deeply meditated in the jungles with silence and discipline. His massive courage was depicted by his unconditional patience and kindness towards animals, humans and demons who made every attempt to harm him and break his indomitable meditative pose. He was whipped, burnt, bitten, hurt, hammered into by cruel deeds and yet he remained unwavering in his resolve to be at peace and silence. In his meditations he received deep revelations about God, Godliness and liberation from Life and death. 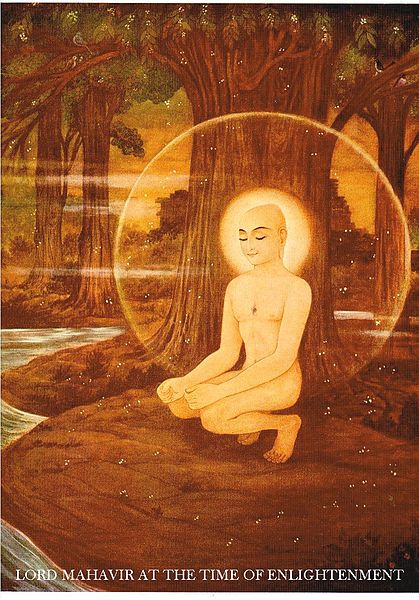 Once of the most powerful stories of Lord Mahavir’s monk life is when he was passing through a jungle path and all villagers had warned him to stay away from that path for the venomous and outrageous snake (Chandkaushik) would immediately kill all those who walked that path. When Lord Mahavir exhibited invincible courage and walked that path with a heart full of unconditional love and peace for the snake, the villagers did not expect him to see him alive again. The snake tried all he could to defeat and scare Lord Mahavir with his fierce moves, bites and behavior. Not only did the snake bite heal itself on Lord Mahavir’s feet but he shed white milk liquid from his body instead of blood when he was bitten. With his loving heart, Lord Mahavir held up his right palm to bless the snake and eventually with his unconditional love, he melt all of the snake’s anger and even healed the snake’s past life emotional patterns of rage and pride. The snake bowed to Lord Mahavir and the villagers could then safely travel that path never to worry again about being attacked. 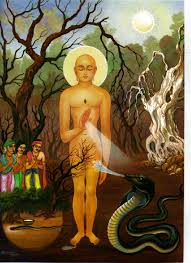 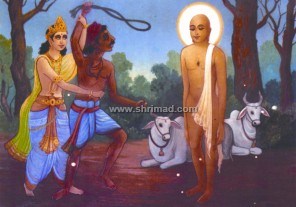 Many a stories have been told about Lord Mahavir’s UNCONDITIONAL LOVE, irrevocable KINDNESS and unshakeable internal will power. There were days and weeks he spent on forced fast with no food to be found anywhere as he refused to eat Non-Vegetarian (organisms with 3 or more senses) or Underground food (roots have unlimited amounts of micro-organisms) of any kind. He liberated Chandanbala from her shackles and ultimately attained Kevalgyan (ULtimate, Universal Knowledge) owing to his constant dedication to peaceful instrospection. Kevalgyan is attained only by those who are completely conquered the 5 senses, have no sensual desires left to fulfill.

He then sermoned for several years, enlightening not only humans of all languages but even animals and other organisms by his own single speech and dialect (He was internally so powerful that each organism understood his speech in their own language). His spirit was then liberated from the birth-death cycle forever and became an enlightened, liberted soul, inspiring, motivating and guiding millions of Jain followers for centuries later. 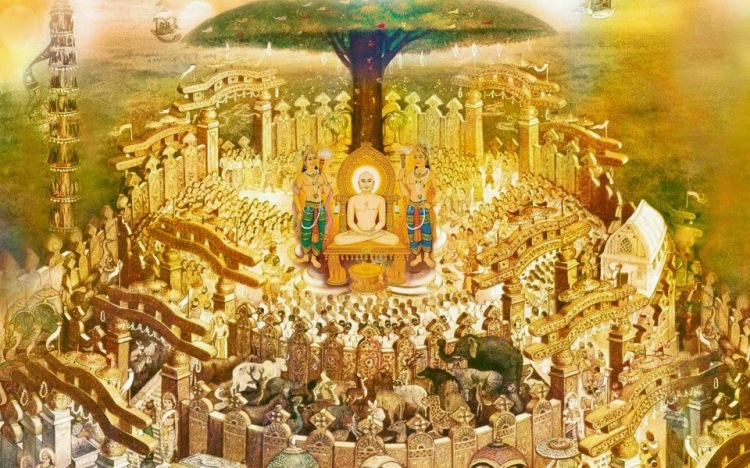 My love for Mahavir Swami (Swami = Lord) is very deep. When I was in my early 20s and had visited Jodhpur, Rajastan, my family went up to the top of the fort to get the view of the city and tour the fort. I however, sat a full 2 hours in Mahavir Swami’s temple, looked at him, meditated and cried for wanting to be like him, with him, following his path. Post that deep connection that I had found with him in that temple, Lord Mahavir visited me in my dreams early in the morning on the way back to my home. The bright, bold Halo around his head and his charismatic presence and words are still fresh in my mind – soul after a decade and a half.

It was Lord Mahavir who gave us the words – “LIVE and LET LIVE” which meant do no harm to others not only by action but also by thought (don’t judge, don’t criticise, don’t anger) and allow others the freedom to self-expression and life.

Today across the world Lord Mahavir’s Jayanti (birthday) was celebrated with pomp and joy. My celebration of this day was by a Loving Silence for a few minutes and stories of Mahavir Swami’s courage and kindness to my young daughter.

So if you ask me who is my role model, you know that it is no human born in this era! So what or who do you call a SUPER HERO, a SUPER STAR? One that embodies unlimited physical strength to win others through physical power or one that exhibits ultimate Soul Power merely by Unconditional Love, Kindness and Will Power?? What kind of power would you want your children to learn? How do we resolved conflicts in our lives??

* Please note that many Indian names and words don’t traditionally end in an ‘a’ . The ‘a’ in the end is what I have found as an adaption by the western world. There is nothing like Yoga in traditional Indian dictionary or dialect. It is Yog (Exercise of the Soul), It is Mahavir not Mahavira and so on.. 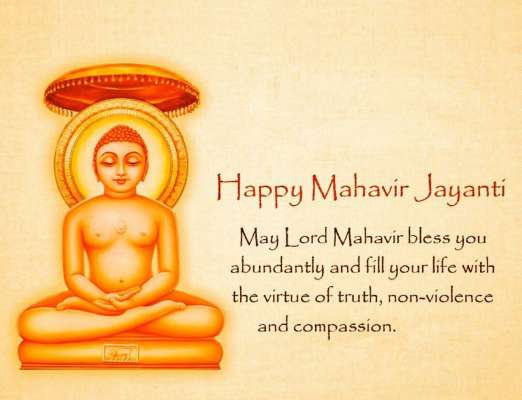 Hi, I am Rima Desai currently living in USA, Az. I love being a Mom and uplifting other Moms through their trials and troubles. I am a Certified and highly experienced Psychologist, Women Empowerment Coach, Spiritual Mentor and Kids' Coach. I also take pleasure in inspiring and guiding TWIN FLAMES like me in their path to divinity. I support moms through their Stress, Depression, Anxiety, Parenting peeves and Self-Confidence through my one-on-one Coaching sessions, Parenting Articles and Inspriing LIVE Facebook Videos. Website: www.rimadesai.org View more posts

This site uses Akismet to reduce spam. Learn how your comment data is processed.